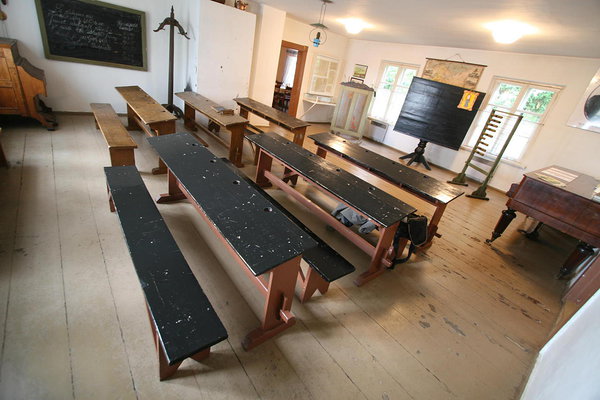 The exhibition starts with a typical classroom from the middle of the XIX century when children learned to read within two or three winters, and teaching writing was welcomed, but not mandatory.
In the Jannsen’s study, which is right next to the classroom, visitors can learn about the history of Estonian journalism and how Jannsen's leaded newspaper "Perno Postimees or Näddalileht". The first copy of Perno Postimees issued by a school teacher was released on June 5th, 1857. 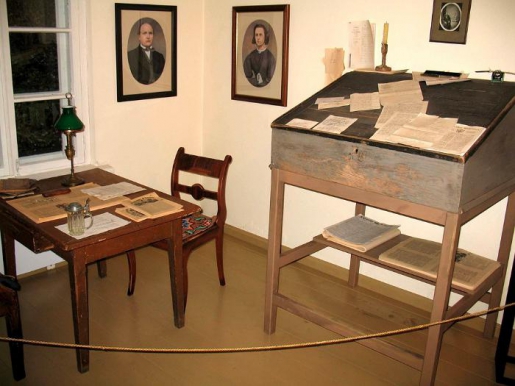 Next to the classroom, there is a dining room, that will help the visitors get an idea of life that time and the overall atmosphere of the Jannsens’ house.
In addition to the period of life in Pärnu house, the permanent exhibition of the museum also covers the peak of Jannsens’ activities - Tartu years. Museum visitors can witness the rise and fall of the newspaper "Eesti Postimees", take part in the first Estonian song festival and watch the birth of the Estonian theater.
Part of the exhibition is dedicated to the years of her married life the latter of which was the most difficult and turned Michelson’s(married name) flat in Kronstadt into a hospital room. 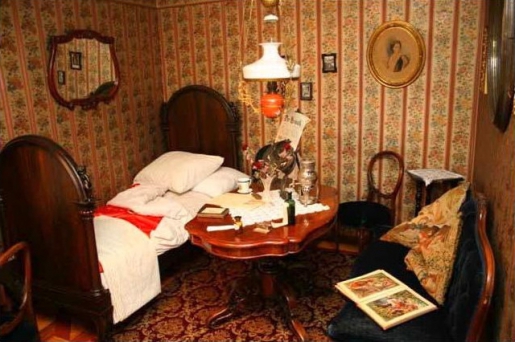